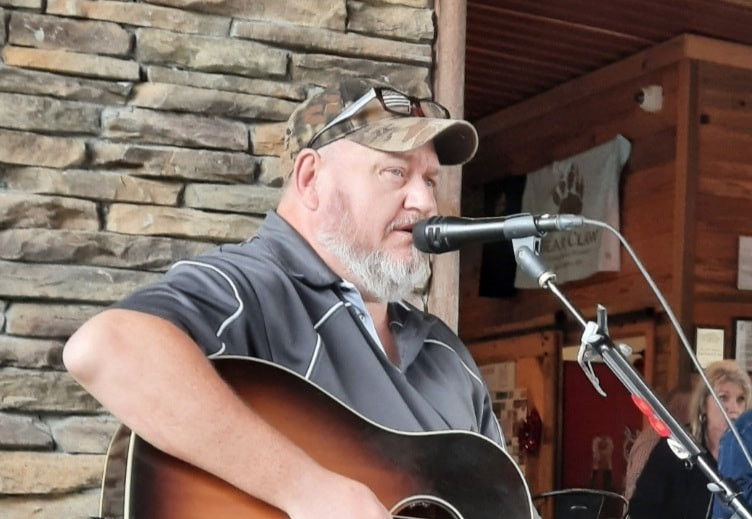 Harold started out playing Southern Gospel Music and traveling with The Crowder Family Quartet at the young age of five. He was fortunate to be able to travel all over the Nation for over forty years of his life singing Gospel music.

Then around the early 2000’s Harold moved to Panama City Beach Florida and pursued his dream of starting his own country band; Along with his sister, Joanie. They had The Georgia Clay Band up and going strong until 2018 when his sister was diagnosed with cancer. She passed in 2019 and Music wasn’t the same without her. They played numerous venues all over the state of Florida. He’s had the great pleasure of opening shows for bands such as Hank Williams Jr., 38 Special, T. Graham Brown, Marshall Tucker Band, Rhonda Vincent, Jimmie Van Zant, Gary Allman, Kansas, Herman’s Hermits and many other favorites.

Harold is now a full time Bass Guitar Player for Gregg Erwin & The 200 Proof Band. Currently he has also started a Solo Acoustic Career that has taken off like a rocket.

Harold have really been blessed with the support of friends and family. He and his wife Christie travel all over Georgia, Tennessee & North Carolina playing different venues. They enjoy interacting with the audience and meeting new people on our endeavors. Music is good for the soul and Harold feels a connection with folks through the songs he sings.

Harold mainly covers older country music in my solo shows such as Merle Haggard, Willie Nelson, Conway Twitty, Waylon Jennings, George Jones, George Strait and so many more with some newer songs mixed in as well.