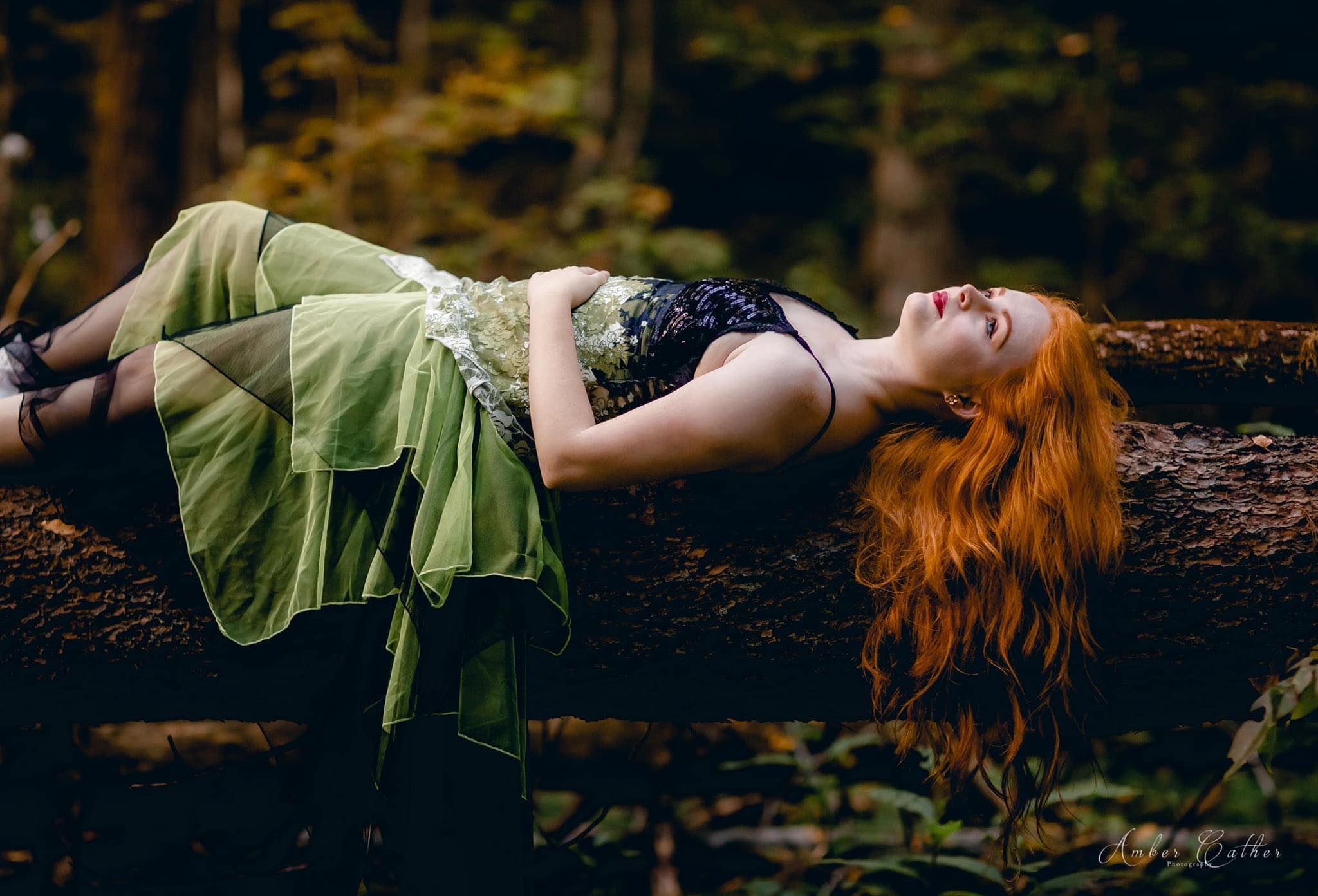 Lindsay Beth Harper is an Alt. Country/Americana singer-songwriter from the mountains of Blue Ridge, Ga. She combines sounds of traditional and modern country with poetic, lyric-driven songs and emotionally textured vocals to create a uniquely appealing sound.

Her love for music has always existed and bloomed into a love of entertaining an audience at age 5 when she saw Shania Twain perform a televised concert.

After a couple years of on-again, off-again vocal and dance classes and performances, Lindsay’s mom bought her a Patsy Cline Anthology collection of CDs. There was one particular song in that collection that changed everything for Lindsay, “Lovesick Blues.”

In this song, Patsy yodels a couple phrases, and this fascinated Lindsay to want to learn the craft. It wasn’t long before she was yodeling in front of crowds. This caught on fast and brought Lindsay more shows, fans, and opportunities.

Due to this niche talent, at the age of 9, Lindsay stood out from others in a cattle call audition process and was selected to compete on a new NBC show titled “America’s Most Talented Kid.” The show moved to PAX (Now Ion) for two more seasons before it’s cancellation. Lindsay would be asked back a couple more times to compete until she was 11. Other future-success artists who appeared on the show in their younger days include Tori Kelly, Jordin Sparks, Hunter Hayes, and Taylor Lautner.

Lindsay’s career was rapidly climbing the ladder of success which allowed her to perform at various venues across the Southeast. Then came a few major events that would reshape her life and music forevermore.

Her music career almost stopped completely with the loss of her father and two of her grandparents from 2008-2010.

Through the difficult times, though, Lindsay was able to combine her passion for music with her grief to connect with other artists and create new music. She also picked the guitar back up and finally learned how to play it. Eventually, she co-wrote her first original song, “Without Me,” with her new friend and former Star Search contestant, Tony Ford.

In 2011, Lindsay began college at Kennesaw State University, where she eventually was selected to star as Pebbles the Intern on Moby in the Morning’s country music radio show.

Also, while at college, Lindsay made even more connections to sing at some exciting new venues. She performed at the 2013 Peach Drop NYE celebration at Underground Atlanta and at the VIP Room in Cellairis Amphitheatre at Lakewood for headliners Miranda Lambert, Rascal Flatts and Blake Shelton. She also had the opportunity to work with Zac Brown Band members, John Driskell Hopkins and Coy Bowles on marketing campaigns.

During this time, Lindsay also recorded and released “Take it All.” The song’s music video was featured on several blogs, websites and radio stations.

In her last year of college, Lindsay had the opportunity to perform on stage with fellow Georgian, the great multi-genre legend, Brenda Lee, at Anderson Music Hall at the Georgia Mountain Fairgrounds in Hiawassee, GA.

After graduation, Lindsay dipped back into acting for a couple years, appearing in several TV shows and movies including season 4 of “Nashville” and the Chris Pratt and Jennifer Lawrence movie “Passengers.”

In early 2018, Lindsay met a well-known, local producer/sound engineer, James S. Smith from Blairsville, GA. After trying out a couple demos, Lindsay wanted to make a record like never before.

She ran a Kickstarter campaign from Apr-May and successfully funded her 5-song EP.

The EP is Lindsay’s first, fully produced, original music EP, as she wrote and/or co-wrote every song on it. The songs focus on many personal triumphs and stories she hopes will encourage other young women to put themselves first and follow their dreams.