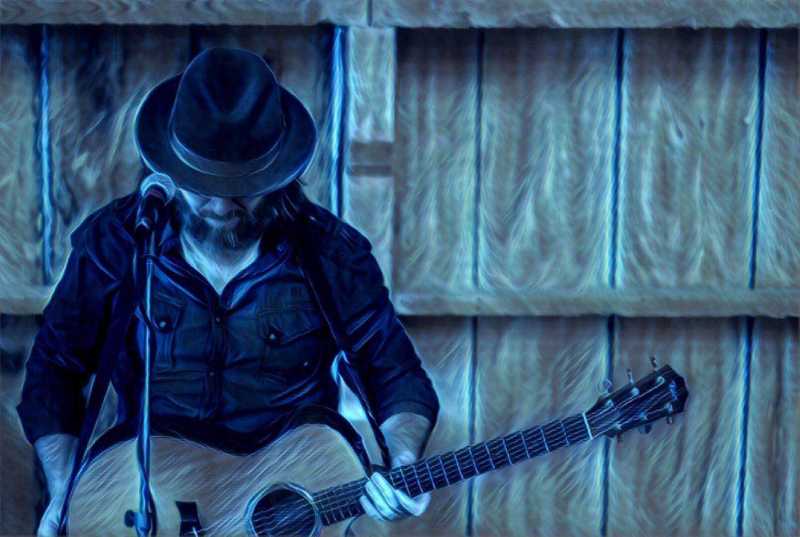 Thomas Hinds is a singer/songwriter out of northern Georgia, he has been playing and writing since high school. The last few years has found Thomas out on the road working from coast to coast, playing an impressive mix of original songs that share the struggles of life, love, and finding one’s self within these melodies. The covers he chooses fit in nicely with his with his voice and demeanor onstage, always tinged with a silvery hue and inspiring to never give up, no matter how the world around us appears to be. Thomas is currently working on the next independent release, due out in 2022 he is continuously working on new material as well new covers that mean something to him and touch his soul.

Thomas spent most of 2019 on the road criss-crossing the US, with his catalog of originals and ever increasing covers, he has been welcomed back to venues time and again. Hinds’ first release Ghosts and Lamentations was released in 2015, then in late 2017 he released an EP titled Barbwire Bouquet with two songs recorded with Jono on that release, Keep On and a reworked Favorite Hello that was originally on Ghosts and Lamentations, who according to Jeffrey Foucault, “showed a lot of growth in the songwriting.” So, now with Resurrection Road a step towards solidifying his writing ability with a touch of Ray Lamontagne and Steve Earl in the fabric of the songs stretching out in this collection.

After relocating from New Mexico to his now home in Northern Georgia, Thomas has found fertile ground for growing and solidifying his voice among some amazing talented musicians and songwriters. He started 2021 by playing regionally in Kentucky, Tennessee, North Carolina, South Carolina, Florida, Alabama, Virginia, and Mississippi. He finished the year strong playing near 150 shows for the year while racking up almost 60000 miles. 2022 is continuing to build momentum with the new album finishing up, a new book to be released later in the year…2022 is shaping up to be the best yet, keep your eyes open for upcoming shows as he is always looking out for new places to play, the best way to contact him is via his website or email thomashindsschedule@gmail.com. Be sure to catch a show if he is in your area and let family and friends know to make a point of seeing him and saying hello. Hosting a house concert or have a venue looking for an original artist to play along his route.